Share
e t fb
Every car is identified by the model names it comes out of the factory with, but there are some that have acquired bizarre nicknames in South Africa.

There are a select few, especially in South Africa, strange names that has stood the test of time.

Everything from the Volkswagen Golf, Toyota Corolla and BMW 3 Series all have local nicknames, and many people use this to identify a specific year model or generation.

Are there any other strange car nicknames you can think of? Or, do you own one you'd like to tell us about? Please Email us.

One can't forget the Nissan Skyline GTR that coined the nickname 'Godzilla' all over the world, or how the Volkswagen Beetle is known as the 'Bug'.

While some cars have localised nicknames, others simply name their cars after something they like; a movie they watched or even a comic character.

The E46 3 Series though, is known as the 'G-String', only in SA, thanks to its boot lid and tail light design.

QUIZ | Test your knowledge of car brands with these emojis

See the cars and the nicknames they're known by locally:

Tarzan, better known as the Mazda 323 Virus, a name known for the VW Jetta or Golf VR6 models 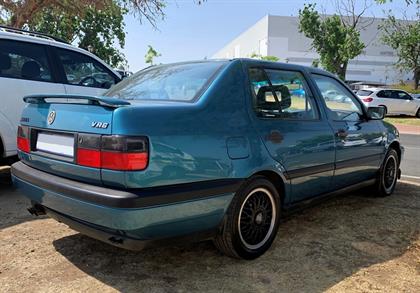 'Kokerot' (Cockroach) was known as the Toyota Cressida Hakosuka, the original Godfather of the Nissan Skyline GT-R. A model name highly respected by all petrolheads.