WATCH | This 4-year-old boy has crazy driving skills, and he can parallel park too! 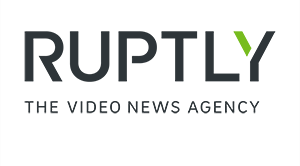 Share
e t fb
The last thing you want your four-year-old child to do is to get behind the wheel of a car. At that age, they are curious little beings and begin to make sense of how everything around them works.

The typical age to start driving is generally around 16 years old, but this toddler from China proves that age is nothing but a number when it comes to driving - even if it is a toy car.

At what age did you learn to drive, and who taught you? Email us, we'd like to know.

Linlin, a 4-year-old from the Chinese city of Siping, shows off his impressive driving skills in a Mercedes-Benz convertible toy vehicle as he parallel parks and gymkhana around a slalom with professional precision. He has become a social media sensation after his dad's videos have gone viral in his home country and Japan.

His father admits that he never taught his son anything and that he simply learned how to do everything by himself.

Linlin has a large variety of electric mini-cars, including a Range Rover, Porsche and Jeep. He manoeuvres them all with accuracy and speed, and he could probably give a few adults a masterclass in handling a vehicle.