WATCH | These cars were made faster by their own manufacturers Speed is the number one attraction for most petrolheads as they reap the rewards of an automaker's performance variant.

But sometimes stock performance isn't enough, leaving many to venture into fitting aftermarket performance parts or just building their very own race car.

It's a German thing

In a bid to appease the speed supplement that customers crave, a number of manufacturers have introduced even faster performance models.

Starting in alphabetical order, Audi's 'S' performance platform already dishes out plenty of power in stock trim across its range, making in excess of 200kW while it is also bolstered by the brand's Quattro 4WD system.

If that is not enough to scratch the itch for more speed, they also have the lucrative 'RS' high-performance range. These models push out far more power than the S-line and also sees a host of aesthetic changes. 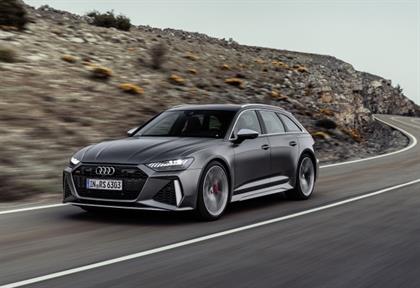 Do you know of any other models faster than its original not mentioned here? Email us.

BMW is next up and there is no shortage of go-faster options from the Bavarian-based brand. Any model with an M next to it already makes serious power but that is not where it stops.

They now have a range of 'Competition' models where maximum power is upped slightly and also includes extras like lightweight wheels and sport seats. The E46 M3 also spawned a variety of exclusive models like the CSL and GTR.

The legendary Nissan GTR is already a monster in stock trim but the engineers over in Japan concocted a recipe to make the Godzilla even faster with the introduction of Black Edition and Nismo models.

They make around 406kW and 447kW respectively, more than 100kW than the very first model introduced over 10 years ago. Volkswagen also has no shortage of options with the famous Golf GTI model providing the stepping stone for the race-inspired range of R-line hatchbacks.

The seventh-generation Golf GTI has a number of models faster than its most popular version - the Clubsport, Clubsport S, R, and the TCR.