• The trek covered all nine of South Africa's provinces.

• The team travelled on a mixture of roads, including tar and gravel.

Most people have used Google Street View to view places they plan on visiting. But what happens when the areas you're venturing to aren't on Google Street View? Dirt roads, in particular, are sometimes not mapped.

To help solve this problem, Dunlop recently embarked on Grandtrek Uncharted - their most ambitious project yet - to go where Google hasn't yet been and map new roads to be added to the Street View platform. 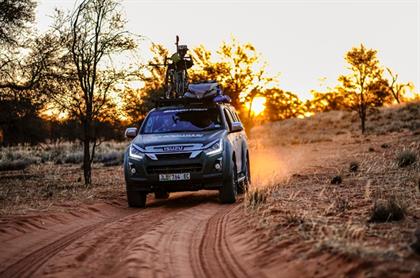 The Dunlop Grandtrek Uncharted journey took the brand to all nine provinces in South Africa, seeking out roads far from the beaten track that could be added using a special 360-degree camera. The tyres selected for the journey included the Dunlop AT3G, AT25, and the recently launched AT5. This allowed for a mix of roads from tar and gravel, to the seriously rough stuff only the most adventurous would even consider tackling.

This confidence to go anywhere is what inspired Dunlop to embark on Grandtrek Uncharted. Riaz Haffejee, CEO of Sumitomo Rubber South Africa, said: "The journey should be just as exciting as the destination. In the old days, adventurers would map out new places they discovered.

"We wanted to capture some of this spirit and show customers that our Grandtrek range allows them to go places that even Google hasn't yet been. We're very excited as this is unique and something no other tyre manufacturer has ever done. With Dunlop Grandtrek, you can take the road… even when there isn't one."

The Grandtrek Uncharted 360-degree footage has been uploaded to the Google Street View platform. Consumers who want to view some of the footage, as well as the destinations visited, can log onto www.grandtrek.co.za and view the dedicated experience videos. These have also been uploaded to the Dunlop SA social media accounts.