From scholars to grandpa's, not everyone has a similar taste in cars. Times have changed rapidly and nothing is more apparent of that in vehicles, but not all petrolheads share the same sentiments.

Modern vehicles have changed in such a way that something as simple as plugging in a laptop to a car's OBD port can diagnose a mechanical problem. The older generation of cars and mechanics alike needed nothing but a finely-tuned ear to figure out what was wrong.

While most petrolheads across the age spectrum will agree on the speed and performance aspect, the division of opinion often arises based on something a bit more complex.

What do you think is the biggest difference of opinion between petrolheads today compared to those from yesteryear? Email us.

Rewind the clock back to when a StreetWise 2 used to cost R10 at KFC and icons like the Ford Cortina 30 S and Nissan Skyline 2.8 roamed the streets like modern-day VW Polo Vivo's. Older folk would agree that those were simpler times before ballooned inflation and the likes reared its ugly head. 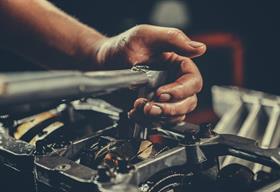 Simpler not in terms of the economy but in an automotive sense as well. Cars of that era could be jacked up, 'self' diagnosed and fixed in a back yard. Parts were interchangeable and almost always readily available. If not, a grinder, welding and a soldering iron did the job - and was all you could possibly need.

Back to the present where Ford has announced that it will launch an electric SUV version of its most popular car of its class of all time for the past 50 years, cars have become so advanced that merely removing a screw can result in an engine warning light popping up on the dash. Okay, maybe that is too much of an exaggeration but it shows the rapid technological growth the automotive sector has undergone over the years.

Older folk will continue to preach that cars made in 'their day' are 'real cars' and not the types coming out of any factory today. Its just a fact of life that people, no matter how old, has to change with the times. It represents something of a transition, moving from what you once knew to something completely different. Of course, millennials will sing the praises of modern invention. Turbocharged, small capacity engines, and fuel-saving characteristics have become the norm. Ask them if they know anything about push-rod engines, twin-carburetor setups and manual chokes in a VW Golf MK1... and most of today's youth would be utterly confused.

There is a vast chasm as to what is considered a good looking car back then vs now. Big-block engines and cars with simple styling is now replaced by big wheels, air suspension, and liquid body-wrapping decals play a part in what is considered 'cool' to a younger crowd and a 'waste of money' to the other.

Petrolheads think the Gusheshe aka BMW 325is or an Opel Superboss is a local legend, while the other probably thinks its the name of a new Nike.