Germany vs Japan - Which manufacturer makes the better car?

More than 50% of the world's automotive sellers come from either of these countries with Toyota and Volkswagen leading from the front in South Africa.

It seems like an age-old battle between these giants of the automotive world, with a number of advantages as each has its own strengths in various aspects.

The start of something

Japanese automation was at its highest peak during the 90's, serving as a major platform and inspiration for the technology in cars on the road today. Honda extracted ridiculous power from small capacity VTEC engines, Mazda brought out the game-changing rotary engine, and Nissan had some of the fastest turbocharged cars that still rings an iconic bell today.

READ | Mercedes-Benz, Audi, Porsche... here's how many German cars were sold in SA so far this year

Over in the land with the famous Nurburgring, they too had worthy adversaries but where the Japanese pride themselves on mechanical brilliance, the Germans went a step further with even faster, and better looking cars. Step up the likes of the BMW M3, the first turbocharged Volkswagen Golf, and the start of Audi and Porsche's dominance in the 24 Hours of Le mans race.

Which is your brand of choice between the German and Japanese automakers, and why? Email us. 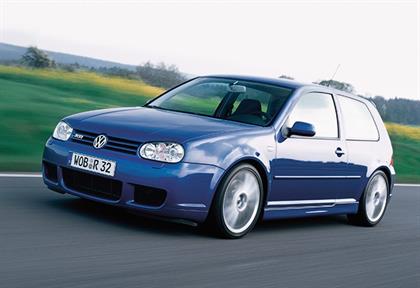 The Germans also started the trend we are in now by slapping a turbocharger onto a small capacity engine to achieve the perfect balance between power and fuel efficiency. Although it wasn't a very successful transitional period for the then 1.8-litre, 20-valve AGU engine, it was the start of things to come. Toyota tried it with the Starlet's 1.3-litre turbo engine but that was pretty much as good as it got as far as small capacity turbo engines was concerned for the Japanese brand in that era.

It becomes something of a Pacquiao-Mayweather situation when comparing the two. The hard and fast rule is that Japanese cars are considerably cheaper to buy and maintain, while you tend to pay a bit more for German luxury.

With that said, fuel-saving capabilities is a nailed-on requirement for any motorist and no one does it better than the Japanese. Albeit Wheels24's

Van der Post says: "When it comes to fuel efficiency, German brands have excelled in their engineering of its power units. BMW and Mercedes have innovative technologies that sees some of their cars sipping fuel like ladies at a High Tea. Fuel consumption figures are exceptional, provided your driving style is conservative, and it plays a key factor in today's buying decisions in the local market." As the 90's rolled on and technology was improving it was clear to see that German automation was beginning to create a chasm between the Land of the rising sun and the rest. Icons like the Supra, Skyline GTR and NSX were nearing their production cease date, and so too was the influx of the once-healthy Japanese sports cars population. Manufacturers put power on the back-burner and instead focused all the attention on saving fuel.

Direct comparisons to BMW's 3 Series and Audi's A4 were a cut above the rest and found themselves competing with one another because other offerings of the time simply weren't good enough. No matter which brand it was, Germany had a car for each segment.

Ardent petrolheads still cringe at the fact that the latest version of the Supra uses the same engine as the new BMW Z4.

Because cars have changed so much over the years, many automakers are going the same route, creating cars with little to no-emissions giving rise to the hybrid and electric era we are delving into.

There will always be the a raging debate between who makes the better cars, but it has become much clearer over the years that the Germans are the current automotive innovators.