• The Moordernaars Karoo is explored in a Mahindra Pik Up.

• The Mahindra Pik Up is an Indian bakkie built in South Africa.

The curse of the habitual road tripper is to forever pass signs that point enticingly at mysterious destinations but to forsake the temptation of travelling those roads through the pressure of time or, perhaps, because you are travelling in an unsuitable vehicle for the anticipated terrain.

I have travelled the N1 northwards from Cape Town across the Du Toitskloof Mountains to Worcester and further scores of times over the past 30 years. And, every time I entered Laingsburg, I have been intrigued by the sign pointing off to the left: Moordenaars Karoo.

One day, I have always thought as I drove further into the hinterland or returned to the Mother City, that one day… That day arrived towards the end of June and, sitting beside me in the top-of-the-range Mahindra Pik-Up S11 double-cab 4×4 bakkie - in an appropriately named special edition Karoo guise - was maverick Czech-born historian, Dr Cyril Hromnik.

The combination of Indian vehicle, academic, and Moordenaars Karoo on this, the eve of the Winter solstice (the shortest day of the year) was no coincidence. Dr Hromnik's life's work and unbridled passion have been to prove how the Dravida, antediluvian traders of Indian origin, made it this far South down the African hinterland.

In 1981, Dr Hromnik published Indo-Africa: towards a new understanding of the history of sub-Saharan Africa, a contentious work postulating that Southern Africa "was explored and settled, especially in those areas rich in gold and other minerals, by people of Indian origin in the centuries, if not millennia, before Christ and by Indonesians at the beginning of the Christian era."

The flyleaf encapsulation of the book continues: "This statement is at complete variance with recent histories where Africa is presented as a continent evolving in isolation, her peoples believed to be of Negroid stock with no significant outside genetic contribution and her languages looked upon as the result of internal linguistic and cultural evolution." 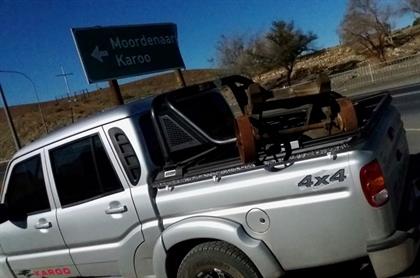 The Slovak maintains that Indian traders, termed 'Dravidians', landed in what is now Mozambique and trekked inland after hearing reports that gold was to be found around what is now Barberton in Mpumalanga. While there, they bred with Bushman women, giving rise to a new progeny - that shared physical characteristics of the Bushman but were considerably taller - called the Quena or Otentottu, later corrupted to 'Hottentot'.

In time, both the Dravidians and Quena moved on, but not before some of the latter had become adherents of Dravidian religion, wrote the historian (who, incidentally, worked as a cowboy in Eastern Europe before fleeing Czechoslovakia in 1968 after the Soviet invasion of his homeland).

According to him the Quena, retaining the cosmological-based religion, built stone structures, ancient walls, and erected monoliths aligning with prominent features in the landscape; massive timepieces to map the cyclic trajectory of the sun and moon, and to fulfil critical spiritual functions.

READ: Celebrating 30 years of Madiba's freedom with a countrywide sojourn in a Merc GLS

His theories were duly heard by David Luscombe, owner of the 27 000-hectare farm, Faber's Kraal, (also called Geelbek) on the road from Laingsburg to Sutherland. For years, Luscombe had been perplexed by the presence of a few structures on the farm, and he sought the opinion of Dr Hromnik.

Having researched the origins of the Quena and Bantu-speaking peoples for more than 25 years, and with his knowledge of ancient Indian religion, he postulated these structures, some straight walls and others circular in shape, all formed part of a cosmological and spiritual complex.

It was the start of a warm friendship and partnership that has brought hundreds of people from around the world to the Moordenaars Karoo in time for the two annual solstices (the longest and shortest days) and equinoxes (when the days and nights are of equal duration) over the years.

Have you ever explored the Moordenaars Karoo? What's your experience been like? Email us with your story and images. I listened to the story as the 2.2-litre turbocharged Mahindra sprinted up the N1 towards Laingsburg. We only paused outside De Doorns at the Velskoen Padstal to buy cups of coffee and supplies for the next few days. The Matroosberg was dusted with snow and the air crisp and clean.

Though the Mahindra is large and imposing - the 4×4 double-cab is capable of carrying a one-ton cargo in its deliciously deep load-box - it was surprisingly light on its feet and frugal on juice, with a manufacturer-stated fuel consumption of 7.9-litres/100km. Whatever the actual consumption, I was able to do the 650km round trip (including quite a bit of fairly strenuous off-road work) from Stellenbosch to Laingsburg and back before the reserve-light came on.

Road noise, something about which owners of earlier model Pik Ups have complained, was negligible, even at 120km/h. This was a blessing, as Dr Hromnik was softly explaining how names of other landscape features in the Moordenaars Karoo - places like Ramkop and Kanonfontein - were phonetically adapted from the words rama and kanai that (supposedly) had their roots in India. This linked the Quena people with possibly the oldest civilised ancestry on Earth.

The smooth new six-speed automatic transmission helped the vehicle to maintain cruising speed without effort. In fact, I had to engage cruise control to avoid continually exceeding the speed limit. The interior, with comfortable seats and a central console featuring a seven-inch touchscreen infotainment system (with a linked reverse-view camera that came in handy when parking the high vehicle), was plush enough.

The only obvious indication that the technology employed is not precisely state-of-the-art was the 12V cigarette lighter-style socket for recharging your mobile phone, rather than a USB-port. Still, given its price, I was left feeling that the vehicle offered a hell of a lot of bang-for-my-bucks. And I had not even taken it off the tar yet! 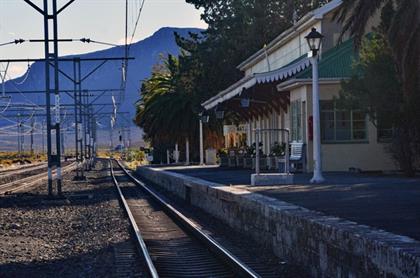 The structures we have come to see on the farm of David Luscombe are not the only mystery surrounding the Moordenaars Karoo. It stretches from close to Matjiesfontein in the West, almost till Prince Albert Road in the East, close to Sutherland in the North, and just short of Ladismith and Calitzdorp in the South, with Laingsburg right in its centre. The latter is the biggest enigma where the name originates from.

Legend has it that in earlier times wanted criminals and murderers used the area as refuge, while another explanation offered is that the name was derived from the harsh, murderous climate of the region.

By now we have pulled in at Faber's Kraal, which Luscombe has made available to us. It was about two hours before sunset on this, the shortest day of the year. Dr Hromnik drew my attention to an insignificant heap of stone near the Luscombe farmhouse. It depicted an arrowhead, he said, and pointed southwest towards a V-shape gap in the Witteberge, where the sun sets during the Summer solstice.

READ: BMW's X7 gets up close with stunning wildlife at MalaMala

After unpacking, I took the vehicle into the veld to catch the golden light and wide-open expanses on camera. A chill wind hissing through the scrub and gorse was the only sound breaking the eerie silence. The stars were coming out, and by that time, Dr Hromnik had a fire going in the braai area.

A windbreak surrounded the area, and I decided right then I will sleep under the heavens, regardless of how cold it might become. With the historian off to bed, I packed more wood on the fire, cracked open a bottle of KWVs 10-year-old potstill brandy, and snuggled into my sleeping bag to revel in the surroundings and the moment.

It was still dark when Dr Hromnik woke me. There was not even time for a coffee before we set out to view the sunrise. Snapping from fast asleep to engaging low-range to cross sandy riverbeds, ascend and descend steep banks, and climb kopjes scarred with deep, hidden dongas – all the while trying to avoid ripping the tyres' sidewalls on viciously sharp scree in the dark – was a shock to the system. The Mahindra handled it with much more aplomb than I did. Day was just breaking when we arrived at a dead-straight dry-stone wall: rocks collected and stacked carefully atop one another for more than a hundred metres, a metre wide, and up to a nearly two metres high in places - literally in the middle of nowhere. The edifice could have served no agricultural purpose (it is useless as either windbreak or livestock pen) so why, I asked Dr Hromnik, is it here?

This, he explained, was a place of worship; its positioning based on alignment with certain stars and the sun. At specific times of the year (equinoxes and solstices), a holy man would have greeted a dawn such as this from right here. He pointed to a roughly square rock just in front of him, careful not to show disrespect by putting a foot on it.

Then he turned around, gesturing towards two breast-like hills still veiled in darkness. "There is where the sun will set tonight – in the cleavage formed by the kopjes. Called Parambu by the Dravidian gold seekers and their Quena progeny, the same kopjes were named Pramkoppies by the early Dutch," he said with a slight laugh.

But why specifically here, I asked. He shrugged, as if to say it was just two more mysteries in an ancient land.