• Young professionals are moving from hatchbacks to premium crossover SUVs.

• We compare the Audi Q3 and Volvo XC40 in this segment.

Premium crossovers are quickly overtaking hatchbacks as the young professional's choice in terms of personal mobility.

We have seen a mass migration from the likes of the Audi A3 into the brand's own Q3 and when looking at Volvo, customers shifting from the V40 into the XC40.

We have decided to compare these two premium contenders, the Audi in 35 TFSI S line guise and the Volvo in T3 R-design trim. 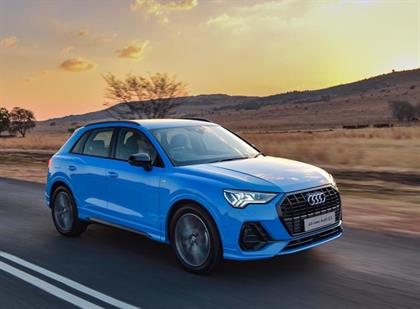 What's under the bonnet?

The Swede is also 73 kilograms lighter than the German while offering a lower CO2 emissions number of 154 g/km versus the Q3's 162 g/km. The Audi claws some ground back with a superior claimed fuel consumption of 5.9 L/100km versus the Volvo's 6.7 L/100km figure; however, real-world testing would need to be done to verify these claims.

Both of the vehicles offer exemplary safety credentials, with six airbags as standard, ISOFIX child seat anchor points and LED headlights, however, the Volvo offers items such as keyless entry and Lane Keeping Aid as standard, giving it the edge over the Q3 when comparing these two petrol-powered variants.

The two continue to trade blows when we take a look at the Euro NCAP safety test results, with the XC40 beating the Audi in terms of adult and child occupant safety ratings with the Volvo scoring 97% and 87% versus the Audi's 95% and 86% respectively. At R663 500, the Audi Q3, in 35TFSI S line specification is slightly more expensive than the Volvo XC40 T3 R-Design auto which comes in at R 631 700. Both offer five years/ or 100 000km maintenance plans too, making them well-matched rivals within this bustling segment.

Janine Van der Post says: "Picking one of these vehicles is a tough challenge, and it will come down to a preference of choice; namely Germany vs Sweden.

"Knowing how much South Africans love their German cars, the Audi Q3 would most likely be the obvious choice. While the Q3 has striking looks, the Volvo XC40 comes fully loaded with standard features. Volvo has always been perceived as an 'old man's car, but the Swedish automaker has changed that connotation very fast with beautiful products.

"If you really need to choose, I would definitely advise test driving both vehicles to help make a decision."