South Africa might have won the Rugby World Cup, but the country’s finances are about to have us relegated.

In a bid to curtail rampant government overspending, finance minister Tito Mboweni announced a range of austerity measures in his mini-budget speech. One of these, touched on the issue of government vehicle expenditure.

SEE | More than R230-million was spent on government cars

Tito has set a cap on individual vehicle purchases, at R800 000. Although that price ceiling hardly means that government ministers will henceforth be driving around in Kwids, it will rationalise spending.If you are a ministerial procurement buyer or fleet manager, what do you do with your new R800 000 spending budget? We have some ideas.

A perennial government car favourite. The German brand has always been the vehicle of choice for most global leaders.

Although R800 000 won’t buy you a preferred presidential specification S-Class, you can support South Africa’s local car industry and get something entirely decent. Government does not have to go budget either, with C180s. They can option a C300 which has a nine-speed automatic transmission, 190kW of power and active cruise control – to ensure other road users are safe, when a government delegation is running late.

The country’s most popular choice also makes a huge amount of sense as a ministerial vehicle. South Africa’s greatest issues are in rural communities. Makazole Mapimpi alluded to this, in his victory speech. Allowing better service delivery to those who are way off the country’s tarred logistics network, Hilux V6 makes for an entirely appropriate government vehicle. Rugged enough to smooth over those embarrassing potholes, this is another proudly South African built vehicle.

It also remains the only V6 petrol mass production bakkie you can buy in South Africa, which means ministers won’t have an excuse for arriving late at any rural Imbizo.

If you feel the C-Class sedan isn’t robust enough for rural roads and a Hilux bakkie too utilitarian, there is always the patriotic luxury SUV option. BMW’s now builds its X3 locally, in Rosslyn, and this is a great instance of buying-down without compromising much. The X3 xDive30i might only have a 2-litre engine with four-cylinders, but it boosts 185kW, which is plenty.

Another proudly South African bakkie build. The Ranger is perfect for those ministers who need to travel great distances on gravel roads and don’t wish to waste too much time refuelling. 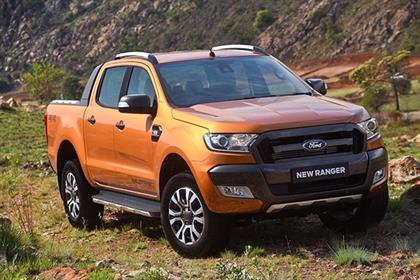 With its 2-litre bi-turbodiesel engine and ten-speed automatic transmission, this latest Ranger Wildtrak is a credibly efficiency long-distance cruiser.

It also has Ford’s vaunted Sync3 Smartphone integration, which allows for better device pairing and functionality than any other bakkie.

Minister could not call you back on the road, or did not get the message? Highly unlikely, if he’s in a new-generation Ranger…

Once there were many, but in 2019 the only compact bakkie left in the local market is Nissan’s NP200. Cheap and capable of moving more than half a ton (800kg, in fact), the NP200 makes for a great bulk purchase, if your government department needs to radically broaden its fleet.

For R800 000 you can four of these, which makes a lot more sense for the destiny of improved service delivery, than buying a single double-cab Navara.