Earlier in July, we reported that financial powerhouses WesBank and First National Bank (FNB) are joining forces to sponsor a five-day Fuel Economy Tour of South Africa. The aim is to provide motorists not only with definitive car fuel consumption figures but also indicative travelling times between major centres in the country.

The event, for standard production passenger cars and light commercials, will take place from November 12-16 and will involve a five-day drive on major roads from Johannesburg to Cape Town via Durban, East London, Port Elizabeth, and George, with a total combined distance of 2500km.

We asked readers to share their thoughts on fuel consumption figures in SA and our poll garnered more than 8600 votes.

What do you think of fuel consumption figures by automakers in SA? Do you think they're "realistic" and achievable? Email us

Only 35% believe that fuel consumption should be used as a guideline and alarmingly, 5% trust the accuracy of claimed figures. Only 19% believe figures are realistic for SA road conditions. 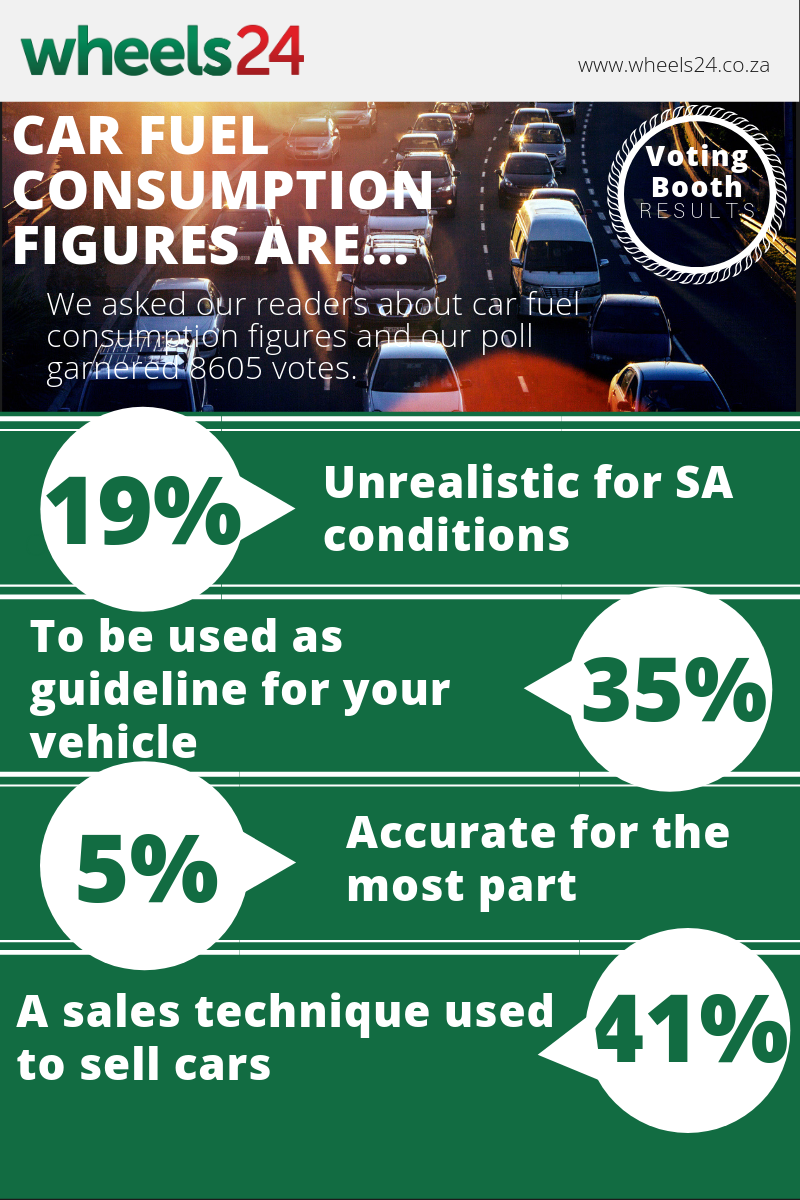