If ever there was a car that changed the course of history, it’s the Model T Ford.

As the first mass-produced (and affordable) motor vehicle, it made the automobile accessible for the average consumer. A whopping 16.5 million units were sold, putting the humble Model T 8th on the top ten list of most sold cars of all time.

Only about a hundred thousand still exist in the world today.

A semi-converted 1910 Model T has recently been listed on Gumtree for R199 995, providing a rare opportunity to take one of the earliest petrol-based cars for a spin…although it’s not as easy to keep on the road as you might think, hence the few modifications mentioned in the advert. 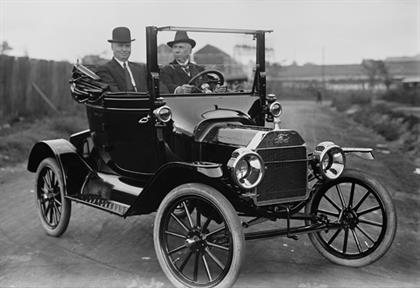 Jeff Osborne of Gumtree Auto, a keen classic car collector, explains: “While the mechanics of the Model T looks similar to modern cars, it is very different. The pedals are not placed in the same position as you might be used to.

"The brake pedal is located on the far-right while there is also a gear selector pedal that provides first-gear, neutral and second gear and a reverse gear pedal.”

If that’s not enough to keep on top of, drivers will also need to adjust the firing of the spark plug manually. “Several enthusiasts have broken their arms trying to start the Model T when the engine backfired. It takes real skill,” says Osborne.

Still, it’s a real feather in the cap for classic car enthusiasts to own one. Osborne adds: “Interestingly, in the 1900s, 38% of automobiles on the road were powered by electricity, while 40% were powered by steam. Gasoline-based cars made up the remaining 22%. If Henry Ford did not execute his vision, we might all be filling up with steam!”

Interest in mastering the art of the Model T has led the Gilmore Motoring Museum in the States to offer driving lessons. While there aren’t similar classes in South Africa, there are plenty of tutorials online.

The Model T is currently listed for sale by a dealership in Mossel Bay.