Why buy the Volvo S90? Here are five good reasons

Yes, we know. Right now, all you’'e thinking about is the coronavirus. Us too.

But, while the coronavirus will eventually go away, our desire to own a magnificent car never will!

Here are five reasons why we think the Volvo S90 is worth a second glance...

1. It looks so damned good

This is a car that is exceptionally easy on the eyes. Volvo's flagship model caught our eye straight away – when we first saw it back in January 2016 (it was revealed at the North American International Auto Show in Detroit, Michigan). We loved its sleek, understated exterior back then – and we feel exactly the same way today. This seems somewhat obvious. We are talking about a Volvo, after all – and the company’s name is synonymous with safety. But, living in South Africa, road safety is always top of mind.

And, with features such as City Safety (a collision avoidance technology that helps prevent collisions even up to highway speeds), Pedestrian Detection (a system that detects pedestrians and brakes the car when necessary), Cyclist Detection and Large Animal Detection (the car brakes when it "sees" cyclists and animals), the S90 boasts safety par excellence.

It makes us feel better when we brave the roads. 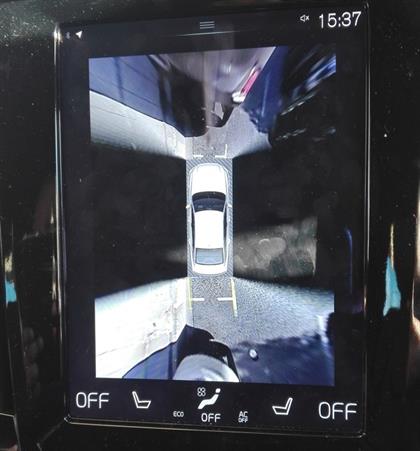 We don’t do clutter – when it comes to cars or houses. Let's forget about the houses for the time being. Cars with gazillions of buttons and controls just don’t do it for us.

Instead, we prefer a clean, elegant and minimalist interior – one that looks luxurious but does the job perfectly. That’s precisely what the S90 does; we really enjoy its clean yet functional Scandinavian design. 4. The powertrain is great

There are four variants: the D4 and D5 Geartronic FWD models and the T5 and T6 Geartronic AWD models. The former are powered by diesel engines; the latter have petrol motors under their hoods.

Personally, we particularly like the T6 – because, with 235 kW on tap, it’s heaps of fun to drive. 5. It has clean-air thinking

The S90 comes with a feature called CleanZone, which creates a healthier driving environment in the car. It even has a sensor that monitors incoming air for noxious substances. If the level of harmful substances detected is deemed too high, the S90’s air intake closes automatically.