WATCH | Six of the most exciting coupes you could buy • We look at six coupes to consider if you're in the market for a sleek two-door cruiser or performance car.

• From the Toyota Supra to the Ford Mustang, here are several coupes to think about.

The traditional coupe has two-doors, fixed roof and a sloping rear. Then the marketing wizards and added the coupe term to SUVs and sedans. Coupes can be luxurious, long-distance cars that cosset their passengers in ultimate luxury, such as the Mercedes-Benz S-Class coupe.

Examples of coupe-based performance models include the BMW M2 and Mercedes-AMG C63 S. Thankfully, there is still a market for the coupe and here we have six of the most exciting models on sale.

Many have criticised the authenticity of the latest Toyota Supra, a nameplate synonymous with the modified car scene. The DB42 model is underpinned by the same chassis as the BMW Z4.

It uses a BMW-sourced engine too, the 3.0-litre engine, fitted with a single twin-scroll turbocharger, produces 250kW/500Nm and is coupled to an eight-speed automatic gearbox. Power is directed exclusively to the rear axle.

The GR Supra model line-up consists of two models, the GR Supra Track and GR Supra. The Track version is aimed at enthusiasts while the 'normal' GR Supra adds comfort and convenience to its list of specifications. 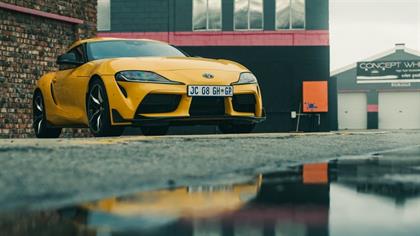 A car closely linked to the Supra is BMW's smallest 'M' car, the M2. It is only available in two-door configuration uses a 3.0-litre six-cylinder in-line engine with M TwinPower Turbo based on the power unit from the BMW M3/M4. Peak power is 302kW, peak torque of 550Nm. 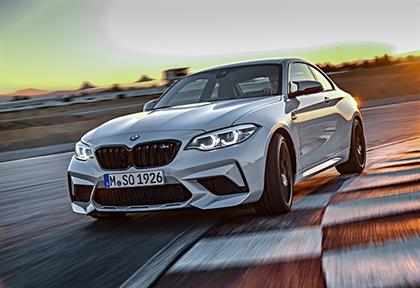 The Mustang is one of the most well-known car names in history. The latest generation has been a sales success in right-hand drive markets. Locally, Ford's pony car is available in Fastback (and Convertible) body styles with a choice of uprated 2.3-litre turbocharged EcoBoost and 5.0-litre V8 engines matched to a new 10-speed automatic transmission.

The 'Stang has grown up and its powerful profile now features more refined aerodynamics, and is enhanced with LED lighting technology, and a choice of nine bold exterior hues.

Ford South Africa even shipped 50 units of the Mustang Bullitt, which is powered by an up-rated 338kW version of the rumbling V8. It sends the power to the rear wheels via a six-speed manual gearbox.

I had one of my best road trips in a Mustang a few years ago. The brawny American muscle car caught attention wherever it was driven and its presence sparked conversations between strangers. Commenting on a car's styling is generally a subjective process. Because I might like an element of it that someone else doesn't like. But when it comes to the Jaguar F-Type, very few people can't be swayed by the British coupe's dazzling exterior.

The F-Type received a facelift earlier this year and despite being on sale since 2013, designer Ian Callum's masterpiece still turns heads today.

It is muscular, squat and elegant. Locally, there are a trio of engine options are available, the familiar two-litre four-cylinder turbocharged engine with 221kW/400Nm, called the P300. Jaguar claims a 0-100km/h sprint time of in 5.7 seconds and will reach a top speed of 250km/h.

The popular V6-powered engine is the middle of the range and uses a supercharged 3.0-litre with the nomenclature  P380. It produces 280kW and 460Nm and Jag says it'll reach 0-100km/h in under five seconds. Top speed is 275km/h. Purists will like that the V6 is offered with a choice of rear- and all-wheel drive, and benefits from a mechanical limited-slip differential. The original TT is arguably one of the best-looking coupes ever produced. It was radically different from anything else on the road at the time and it's difficult to believe it came out 22 years ago.

Currently in its third generation the German coupe has grown up and looks tauter and more muscular than ever before. Power is derived from a 2.0-litre turbocharged motor and there are performance (TTS and TTRS) versions.