It’s that time of the year when kids are going back to school, and parents are returning to their day-jobs.

But some parents, whether it be mom or dad – or both– stay at home to take care of the daily household chores, including the school run. If like many others in South Africa, you have a family with several children in school, you’d often find yourself stacking kids like Tetris blocks; just to make everyone fit.

It can be a tedious task getting everyone, and their backpacks, in the vehicle – especially if it’s a five-seater vehicle.

Luckily, here at Wheels24, we understand the drama that comes with ‘back-to-school’ week, so we have highlighted a few new vehicle options that could make life a little easier. We scoured the offerings from all the automakers in SA and came across four possibilities that might just fit the bill.

Our criteria were simple: it has to seat seven passengers, and have an asking price of under R300 000.

Note: Renault will launch its new seven-seat Triber in SA next month. We expect it to go head-to-head with the below vehicles.

The Go+ range consists of three models, and all are specified with the same engine. The top model, the Lux auto, is the only automatic option in the range and carries the highest price tag. Going on the entry-level Mid model’s specification, the Go+ has front and rear electric windows, a USB port, Bluetooth and AUX connectivity, as well as a trip computer.

The Go+ uses a 1.2-litre petrol engine that produces 50kW and 104Nm. The three-cylinder motor sends power to the front wheels and will, according to Datsun SA, sip 5.5-litres/100km.

A range of 636km should, theoretically, be reachable on its 35L fuel tank.

Five models make up the Suzuki Ertiga range, all in different trim levels. Of the five models, only two are automatic, but Suzuki claims that the entire range has the same fuel economy of 6.2-litres/100km.

On the engine front, a 1.5-litre petrol engine produces 77kW and 138Nm, and has enough in reserve to reach the claimed top speed of 175km/h. Both a manual and automatic gearbox are on offer. Still, in our experience, we believe the auto might impact overall fuel consumption negatively and would instead opt for the manual gearbox.

The Ertiga is fitted with technologies such as ABS, an onboard computer, and front and rear electric windows. 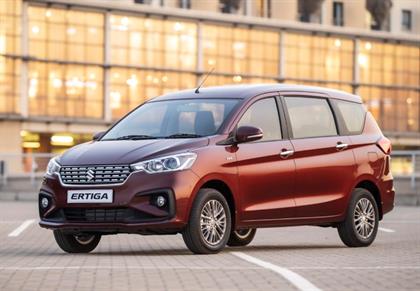 Given the badge on its nose, the Avanza will, for most people, be the default option in this list. Two engine choices comprise the range: a 1.3- and a 1.5-litre petrol engine. Both can be specified with either a five-speed manual gearbox or a four-speed manual transmission. Depending on which model you decide on, fuel consumption ranges between 6.1 and 6.7-litres/100km.

The 1.3-litre engine develops a respectable 71kW and 121Nm, whereas the 1.5-litre is good for 77kW and 137Nm. In both instances, given the lack of forced induction, both variants develop their power around the 4400rpm mark.

Interestingly, only the 1.5 TX is fitted with Bluetooth, USB, and AUX connectivity, a multi-function steering wheel, and Xenon LED headlights. The entry-level S model offers air-conditioning as an optional extra. The quirkiest car in our list, the Mahindra TUV300 is a real left-field option. It is not just the only diesel option in our list, but also the most affordable diesel seven-seater in our market! The TUV300’s turbocharged 1.5-litre engine produces 74kW and 240Nm; the latter available at a very low 1600rpm.

Because of the lowdown grunt, fuel consumption is rated at 5.4-litres/100km, and on the 60L fuel tank, a range of 1111km should be attainable.

All the features fitted to the rivals mentioned above also appear on the TUV300.

This is also the only vehicle here to be driven through the rear wheels. 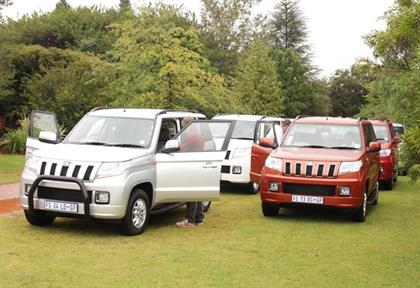