• The Lexus LC500 benefits from new hues including Terrane Khaki and Blazing Carnelian.

• Under the skin there are several changes, including improved handling and brake feel.

• For more motoring stories, go to www.Wheels24.co.zaLexus' flagship coup, the LC, has undergone several improvements for the 2020 model year. The luxury arm of Toyota says it "is guided by the Kaizen philosophy" of continuous improvement.

Already on sale, the 2020 LC 500 boasts notable specification changes mainly to the interior as well as technology-focused upgrades.

Lexus says it has gone further to combine the traditions of Japanese culture and aesthetics with improved technologies for the LC. In the cabin, the LC 500 comes standard with the functionality of the new 17MM+ high resolution audio. The new audio includes the standard USB Audio, DAB phase driver, Miracast, Smartphone linking, as well as Apple Car Play and Android Auto. 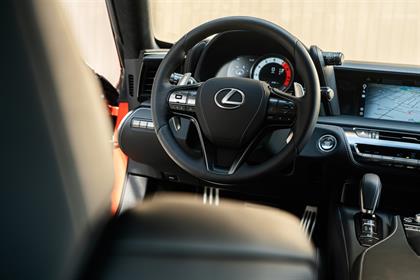 The 2020 spec change LC Coupe is the ideal opportunity to showcase a new colour, in this case Blazing Carnelian.

Blazing Carnelian has been created as an emotional colour that evokes the agile driving performance of the latest edition of the flagship coupe, says Lexus. Another new colour for this model is Terrane Khaki (first seen on the UX) and offers a strong contrast between bright highlights and dark, calm shades.

These colours join a Lexus palette of 30 different shades featured across its model ranges. The collection already includes the striking Flare Yellow, produced for the LC, and advanced metallic finishes, such as Sonic Silver and Sonic Titanium. Changes under the skin

The LC’s adaptive variable suspension (AVS) system control has been changed, which results in a smoother, more linear response says the company. Also added to the AVS system is active cornering assist (ACA) which aids handling.

The brake pedal surface shape has been changed to improve the operation feeling. The updated model also has an improved variable gear ratio steering as well as dynamic rear steering controls to this model, which enhances handling stability. The LC 500 retails for R 2 031 200 and features a best-in-class seven-year or 105 000km warranty and full maintenance plan is standard for all petrol Lexus models.