EXPLAINER | The future of Hyundai's N in SA, and where exactly the i30N fits in the market

The Hyundai i30N has been the cause of much debate since its launch earlier this year. From naysayers who discounted it as a reckoned rival to the revered Volkswagen Golf GTI, to others who discounted it for its relatively high price tag, this is one Hyundai that has garnered plenty of interest from across the board.

In June 2020, Wheels24 had the i30N on test. And while we were impressed by Hyundai's first foray into the hot hatch segment, the car garnered a few more questions from the team that needed answering.

We contacted Hyundai South Africa to have our questions answered and to get greater insight into the i30N's market position.

Which is a closer rival to the i30N: Golf GTI, Golf R, or Golf GTI TCR? Email us. At its launch, Hyundai South Africa made it clear that it was not chasing huge sales volumes on its newest sports car, but that the i30N would be a market exercise instead. This means that it is looking at moving a maximum of five units per month. But was this target met since market introduction?

According to Hyundai SA, it has met its targets, even with the lockdown aside. From the off, it was never about big numbers; hence the progress made is more than adequate. The business plan around the i30N was set up in such a way to accommodate it.

Twelve dealers across South Africa have been given the green light to sell this niche car, but every Hyundai dealer in SA has received the necessary training to service it.

Furthermore, in 2020, a price increase has taken place across all sectors, with a second scheduled for 1 July. Hyundai says that while prices for new vehicles have increased, including those in its portfolio, the i30N's price remained unchanged since its launch at R679 900.

Hyundai also said it was committed to having its N-badge in SA, and that future products would be seriously considered for our market. These two VW products are the benchmarks of the hot hatch segments and any car wanting to take them on, including the i30N, must come fighting out of the blocks. That's why Hyundai ensured that its hot hatch was fitted with several standard features. These include an electronically limited front slip-differential, a performance exhaust, and launch control. Interestingly, a performance exhaust and launch control are optional on the GTI.

DRIVEN: Hyundai has launched its highly-anticipated i30N in SA, but is it worth R680 000?

If the GTI is specified as close as possible to the i30N, its price will increase to around R630 000 - about R60K short of the Hyundai. The R, while undercutting the i30N earlier this year, will cost considerably more when optional extras are added.

From a price perspective, and taking performance into account, the GTI will always be the default option; even at R630 000. But the i30N has the upper hand when performance is brought into the equation. However, keep a close eye on the GTI TCR (R669 000)... 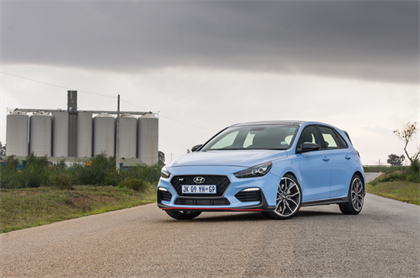 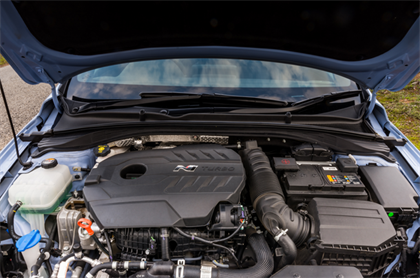