Could Jaguar be looking at axing its XF and XE sedans in favour of a new hatchback?

• A future hatchback could be underpinned by BMW 1 Series

In case you were not fully aware, Jaguar has been placing an ever-increasing emphasis on building SUVs and electric cars. In the I-Pace, they've merged these two focuses to bring forth the world's first production electric SUV.

Through no fault of their own, the sedans have been selling particularly slowly, which resulted in the big daddy in Jaguar's range, the XJ, seeing its production-run come to an end in 2019; a run spanning more than 50 years.

The other two sedans in its range, the XF and XE, are also not particularly strong sellers, and even in South Africa, these cars are trailing its SUV siblings when the sales are tallied.

While the futures of the XF and XE are not yet determined, a statement by the automaker's new design chief, Julian Thomson, might just shed a little light on the matter, according to AutoCar.

Follow @Wheels24
Could a hatchback, based on the BMW 1 Series, work for Jaguar? Email us. Speaking to AutoCar, Thomson said: "I'd love to do some smaller cars, and it feels as though the time is right. Jaguar needs a global product that could appeal to younger buyers and more females, as well.

"Our values are ideal for owners who want more efficient cars but still like design quality, luxury and cars that are nice to drive. But it's a tough sector. You need big numbers, which means big factories and a big organisation to sell them. But that's definitely where I would like us to be."

In the same report, AutoCar suggests that Jaguar has two options with its XF and XF sedans. Given the recent direction Jaguar has been heading in in terms of electrification, a fuel-efficient hybrid sedan could take up that space and speak to a modern, green-conscious buyer.

If going on Thomson's statement, Jaguar could bring a new hatchback to market; a car that replaces the XF and XE and speaks to a younger audience. But there is a problem: Jaguar does not have a platform on which to base such a car. Or do they… In 2019, Jaguar and sister-company Land Rover announced that they'd be going into partnership with BMW. The agreement will see JLR make use of BMW's engines, including the 4.4-litre V8 engine that's used in the M5. The partners will also work on their next batch of electric cars.

If Jaguar is looking into the possibility of a hatchback, they could reach out to BMW and strike an agreement to make use of the 1 Series' platform. Added benefits would include Jaguar making use of 1 Series engines and gearboxes. And on its turn, Jaguar can design the car's interior.

It's not impossible to fathom Jaguar realising Thomson's vision. And if they do, it could be a financial turning point for the British automaker. 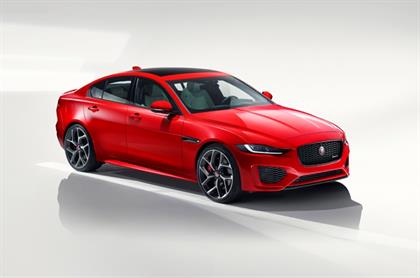