SA Rally championship kicks off with double-header in Secunda

• Fans will only be able to watch the racing via an online streaming service.

• The season kicks off with the Lake Umuzi Rally in Secunda on 11 and 12 September.

The 2020 SA National Rally Championship confirmed five rounds will make up the season, starting with the ever-popular Lake Umuzi Rally in Secunda on 11 and 12 September. This rally will be a "double header" with Round 1 on Friday and Round 2 on Saturday, providing double the action and excitement.

The organisers said the championship will extend beyond the usual R2N class, this allows all classes to compete for overall championship honours in a move to grow the sport. Additionally, national teams will not be able to enter for regionals, allowing all regional cars to compete with each other.

Due to the coronavirus pandemic and lockdown level 2 restrictions, local fans will only be able to view the action via online streaming and SA Rally social media channels.

"The Lake Umuzi Rally is always a great event surrounded by a community who loves motorsport action. The rally stages are uniquely situated within a 10km radius from Secunda. The business community and landowners put in a tremendous effort to grade the roads, market the event and support us as best they can," says SA Rally administrator, William Louw.

It's not all doom and gloom, and the organisers announced a new R4 class. This all-wheel drive FIA category was recently added to the FIA World Rally Car hierarchy to fill the gap between front wheel drives R3 & R2 categories and the all-wheel drive R5 and WRC classes. 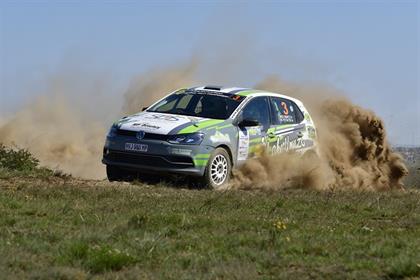 Reigning SA Champion driver Guy Botterill and navigator Simon Vacy-Lyle will be changing to an R4 spec Toyota Etios, fully-FIA homologated and known as Rally 2 kit on the international stage.

it is powered by a 1600cc turbo with all-wheel drive and is leaps ahead of the previous R2N class which was a front-wheel-drive car with a normally-aspirated engine.

Louw says the R4-spec cars are faster than the top tier four-wheel-drive S2000 rally cars from a few years back.  which we were used to seeing compete for top honours up to a few years ago.

"The class is designed for production based 1000cc turbocharged Volkswagen Polo cars, adapted for rallying of course. We look forward to seeing the likes of Benjamin Habig and Jayden Els joining the ranks – two youngsters who have made a great name for themselves in karting. Benjamin is the son of multiple rally champion Jannie Habig, who is no stranger to the Volkswagen brand, so it will be wonderful to see the legendary Habig name on the side of a rally car again,"  says Volkswagen Motorsport's Mike Rowe.