The 2020 Formula 1 season is upon us, and the excitement is tangible. Not only for teams and drivers but also for fans who had to, understandably, take solace in the extended break.

But when the lights go out this Sunday (5 July), several drivers will be looking to topple Lewis Hamilton and his attempt to win a seventh world championship.

Hamilton is the favourite to win this year's drivers' championship, but he could be under threat from several drivers. We list the three drivers who are most likely to topple Hamilton in 2020 (if it should come down to it).

Which driver do you think is most likely to topple Hamilton in the 2020 title race? Email us. Bottas has been partnering Hamilton as Mercedes since 2017. Following Nico Rosberg's abrupt announcement that he's quitting the sport, Merc roped in Bottas who's been the perfect wingman for F1 hottest commodity. But Bottas has been on one-year contracts only and has always come up short against Hamilton in the title race.

Like every season since joining Mercedes, Bottas affirmed his involvement in this year's title race and believes that he is poised to topple Hamilton. Bottas is a proven race winner and knows how to maximise the machinery to his disposal. Sadly, he can't do it race after race - like Hamilton.

Bottas has the same machinery as Hamilton to his disposal. But unlike Hamilton, he can't maximise the potential of his race car. Who knows, maybe 2020 will be different. 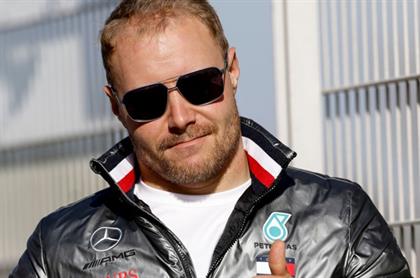 Leclerc joined F1 in 2018 with the then Sauber team and made the switch to Ferrari in 2019. In his first year with F1's most famous team, the youngster secured seven pole positions - the most of any driver - and two race victories. Were it not for a tactical blunder by the team in Singapore and team mate Sebastian Vettel driving into him at the Brazilian GP, Leclerc would have had four wins to his name.

The youngster signed a new contract with Ferrari that'll see him at the team until the end of the 2024 season, which underlined that he is Ferrari's long-term plan. As such, starting with 2020, Ferrari will put its efforts behind Leclerc in helping him secure the team's first drivers' championship since 2007.

READ: Charles Leclerc's monumental task of bringing championship gold back to Ferrari in 2020

Leclerc does have the wherewithal to secure race victories, but he'll be hoping that Ferrari's 2020 challenger is up for the challenge.

And Vettel, Ferrari's four-time F1 champion driver? Well, the German is on his way out after six years at the Scuderia. At best, Ferrari will allow him a victory if Leclerc is unable to do so, but he will not be Ferrari's lead driver in 2020. At least not deliberately… Many F1 pundits are saying that Verstappen will be the one to knock Hamilton off his perch, and they could be right. The driver has grown tremendously since first joining the sport in 2015 (wow, five years in the sport already!), and he has shown that he can go wheel-to-wheel racing with the very best of the sport.

Red Bull Racing is one of the three top teams in the sport today, and they are making their presence felt after each passing season. With Verstappen leading their charge, the team has taken on a somewhat fearless approach. This fearlessness is what has many to believe that Verstappen and Red Bull Racing could be the chosen ones this year.

Verstappen can take the fight to Hamilton, but Hamilton makes far fewer mistakes than his younger counterpart. In fact, of all the drivers listed here, Verstappen is the most likely to retire from a race. And that is something many people like to ignore.

READ: 2020 F1 championship fight will be between Hamilton and Verstappen - Webber