The annual EICMA exhibition is always highly anticipated in the bike industry, being the leading fair for the world of motorcycling.

This year the exhibition, held at the Rho Fairgrounds in Milan, Italy, celebrated its 77th anniversary with 1 800 exhibits from leading bike brands.

Let’s have a look at some of the 2020 models that might be making their way to our shores:

The German manufacturer announced the successor to the F 800 R. The bike’s engine capacity has been increased to 895cm³ with a resulting name change to F 900 R. BMW has also upgraded the S 1000 XR. In its 2020 guise, it is based on the new S 1000 RR, which will likely be a noticeable improvement on the current model. Taking the XR concept into the midsize category, the boys from Bavaria also introduced an F 900 XR – a lightweight adventure sport that promises to be a lot of fun.

Ducati introduced their new models before EICMA at a special event in Rimini, Italy. As expected, the V4 Streetfighter – a naked version of the Panigale V4 – caught all the attention. 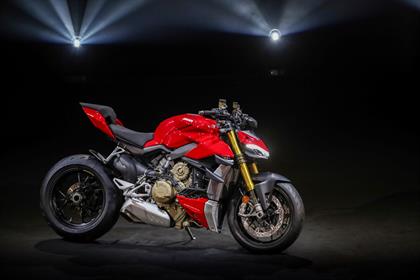 The American company kept its promise and launched the new Pan America for 2020. It sports a water-cooled 1 250cm³ V-Two engine which, according to Harley, delivers 107kW – a somewhat unusual figure for the normally conservative Milwaukee metal. 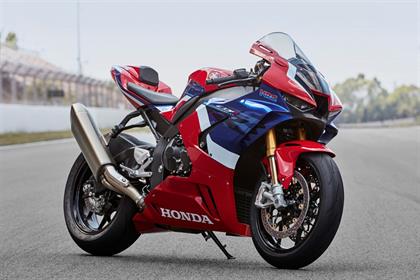 In addition to the all-new Africa Twin which will be shown to the local media later this month, the Winged H lifted the veil on the new CBR 1000 RR Fireblade. With a huge increase in power delivery and the addition of aerodynamic wings, the ‘Blade is made for the World Superbike series. Never a brand to shy away from forward-thinking, Husqvarna displayed a concept of motorcycle, the Norden 901. It's just a concept at this stage, but the Vitpilen has shown us that the Swedish brand is in the habit of making their concepts a reality. Kawasaki’s Z H2 is the naked version of Kawasaki's supercharged H2. The Z comes equipped with a full-colour TFT screen, hopefully, the first of many from the Japanese manufacturer. The Austrian company has upgraded their Super Duke, and also announced a 390 Adventure. The 1290 Super Duke R is now 6 kg lighter and sports a significantly stiffer frame, while the 390 Adventure has inherited the look of its bigger sibling, the 790 Adventure. Suzuki has effectively reinvented the V-Strom, with a design harking back to the original DR, an electronic accelerator, digital instrumentation and a bigger 1 050cm³ mill. News from the Hinckley manufacturer is that the delightful Thruxton RS now gets a lighter engine and quick shifter, and that special versions of the Bobber, T100 and T120 were released. The Tuning Forks announced the Tracer 700, a more mature take on the MT-07. Judging by their previous Tracer, the 700 is bound to be well-received.

As always, we will keep you updated on which of these we’ll see locally, and bring you reviews of as many of them as possible.